Ariana Grande had to be 'lubed' up to squeeze into her sexy latex outfit for her new album cover. 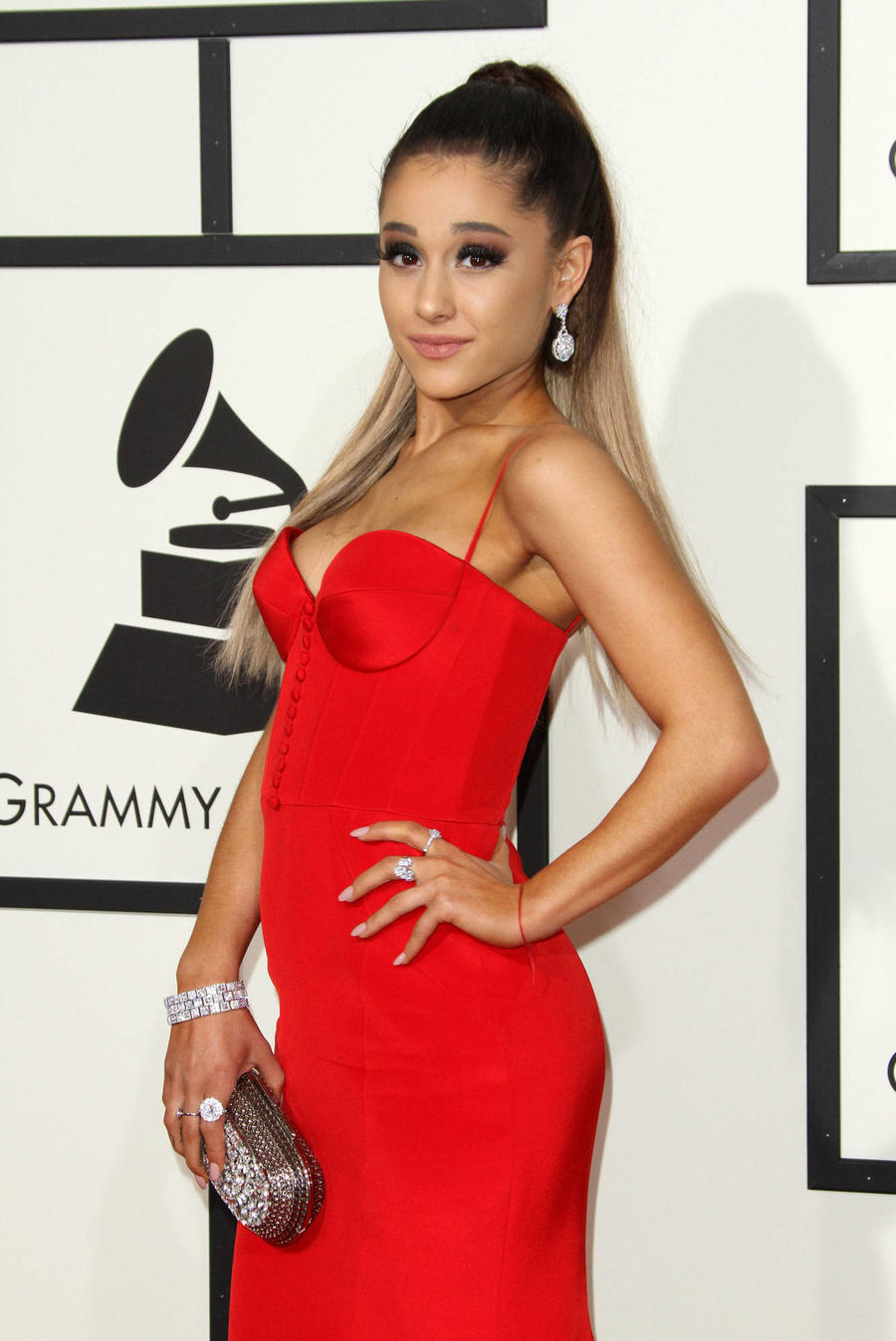 The pop star debuted her new album artwork for Dangerous Woman online last week (ends11Mar16) and in the image, the 22-year-old dons a black corset-style outfit with a matching latex bunny mask pulled over her head.

Fans have been reacting positively to the cover art online, but the singer admits squeezing into the get-up proved to be an hilarious task.

The situation only grew more comical as the Bang Bang hitmaker then learned the only lubricant her stylists had on hand wasn't the usual kind used for fashion emergencies.

"There wasn't any latex prep bottle - it was literally full-on lube!" she exclaimed. "It said on the bottle, full-out lube. So they lubed me up and put me in! It was the funniest thing in the whole world."

Meanwhile, during the radio chat, Ariana also discussed her penchant for celebrity vocal impersonations after showing off her imitations of Britney Spears, Shakira, Whitney Houston and Jennifer Lawrence on U.S. comedy show Saturday Night Live over the weekend (12Mar16). She also previously imitated Celine Dion on The Tonight Show Starring Jimmy Fallon last year (15), and Ariana insists the French-Canadian had nothing but love for her when they met weeks later.

Asked if any of the celebrities have been insulted by her impersonations, she said, "No, no, no!"

"When I met Celine, she told me, she was like, 'When I saw you, I peed!'" Ariana revealed.

And she explains her uncanny vocal likeness is simply down to the fact she's a huge fan of all of the pop stars she mimics.

"I'm just a big fan! I'm a really big fan," she added. "I think that's why they don't get mad because they know that I come from a place of love and I'm just like, 'You're f**king amazing!'"