Ariana Grande: 'Nude Pictures Are Not Me' 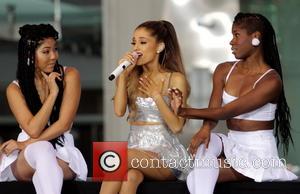 Ariana Grande has spoken out to assure fans she is not a victim of the nude picture leak which has rocked Hollywood, insisting she is not the girl in the pictures.

The singer was rumoured to be among the stars whose saucy snaps were leaked onto the Internet on Sunday (31Aug14), and a series of photographs appeared to show her posing without her clothes.

A representative for the Problem hitmaker denied the snaps were real, and now the singer has reached out to set the record straight herself.