Ariana Grande has revealed she's penned a new track about going on a ''very cute'' date with a guy. 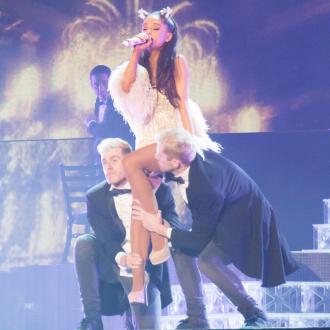 Ariana Grande has written a new song about a boy she went on a date with.

The 'Problem' hitmaker - who recently spoke out about her issue with being referred to as the ex-girlfriend of her former boyfriends - has now revealed going on a date with ''this boy'' is the inspiration behind one of the tracks on her new album 'Moonlight'.

She said: ''It's about this very cute night we had together. I have a playlist of 12 songs already.''

The 21-year-old star - who split from the rapper Big Sean earlier this year and is rumoured to be dating One Direction heartthrob Niall Horan - claims her upcoming record will reveal more about her than any of her previous music.

She told The Sun newspaper: ''I plan on writing a lot more as soon I get home. It's the most personal music I've ever written.''

Ariana - who is currently on the UK leg of her self-titled world tour - also admits she's getting more and more confident each time she takes to the stage.

The brunette beauty added: ''The more I experience life, the more music I make, the more performances I do, the more stable I am.''