Ariana Grande's fans have been campaigning to get her single 'One Last Time' to the top of the charts in memory of the lives lost during the terror attack in Manchester earlier this week. 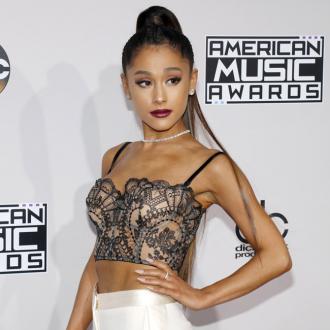 Ariana Grande's single 'One Last Time' has climbed to the top of UK iTunes chart following the horrific terror attack at her gig in Manchester earlier this week.

The 23-year-old singer was left devastated on Monday (22.05.17) when 22 people, many of whom were children, lost their lives when a suicide bomber let off an explosive at the end of her concert at Manchester Arena, but her fans have been campaigning to get the heartbreak ballad to Number One in memory of the victims.

The 2015 single was the last track the brunette beauty performed for her 21,000 fans before they were all caught up in the horrific event that left over 59 people injured.

Following the tragedy, the 'Break Free' hitmaker has decided to suspend her world tour indefinitely out of respect for the victims and has since flown back to the US.

Her management said in a statement: ''Due to the tragic events in Manchester, the Dangerous Woman tour with Ariana Grande has been suspended until we can further assess the situation and pay our proper respects to those lost. The London O2 shows this week have been cancelled as well as all shows through June 5 in Switzerland.

''We ask at this time that we all continue to support the city of Manchester and all those families affected by this cowardice and senseless act of violence. Our way of life has once again been threatened but we will overcome this together. Thank you.''

Ariana took to her Twitter account hours after the horrific incident on Monday to say she was ''broken'' and ''so so sorry'' for the lives lost after her concert in the city.