Ariana Grande is ''working on'' being more confident at red carpet events but still feels ''super anxious'' about the MTV Video Music Awards (VMAs) this weekend. 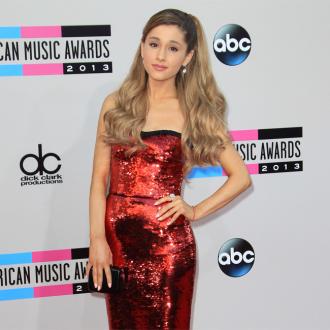 Ariana Grande gets ''super anxious'' on the red carpet.

The 21-year-old singer is ''working on'' her confidence because she feels uncomfortable in the spotlight, but part of her is still wary about the MTV Video Music Awards (VMAs) on Sunday (24.08.14).

She said: ''I'm super anxious before these kinds of things because it's so nerve wracking.

''I'm still not the best on the red carpet. That is still something that I'm working on, but I'm not as anxious anymore.''

Ariana is feeling particularly nervous because she will be opening the ceremony at The Forum in Inglewood, California, alongside Nicki Minaj and Jessie J on their track 'Bang Bang', but she says she loves hanging out with her fellow singers.

She added to 'Entertainment Tonight': ''I love [Nicki's] personality. I love Jesse's personality. They're both so full out with feeling. I love them so much.

''Jesse is always singing, which is my favorite thing because so am I, and Nicki is hilarious. I love her. She's so sassy.''