Ariana Grande has said she is sorry for her offensive actions at a doughnut shop in July. 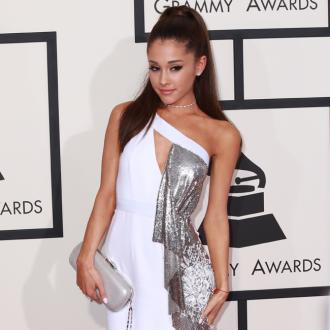 Ariana Grande has apologised for her bizarre behaviour at a doughnut shop in July.

The 22-year-old singer caused controversy when she licked a number of the bakery items which were on display and also said she hated America but Ariana has now admitted her actions were offensive.

Speaking on 'Good Morning America', she said: ''First of all, my behaviour was very offensive and I apologised. There's no excuse, or there's nothing to justify it. I think as human beings, we all say and do things that we don't mean at all sometimes.

''That's how we grow and I've learned what it feels like to disappoint so many people who love and believe in you, and that's an excruciating feeling.''

Joe Marin - who owns Wolfee Donuts in California - previously alleged that the 'Break Free' hitmaker was ''rude'' to his staff and licked two doughnuts before spitting on others.

He said: ''She was looking around, and that's when I saw she was licking two of the doughnuts. Then she went to another tray that was on top and there was a tray of powdered doughnuts. So I zoomed (the camera) into her mouth, and the powdered ones, she did not lick them, she spit (sic) on those.

''She spit on one of them, and she dared that guy she was seeing (dancer Ricky Alvarez) and he spit on it, too. I saw they were getting a kick out of it.''