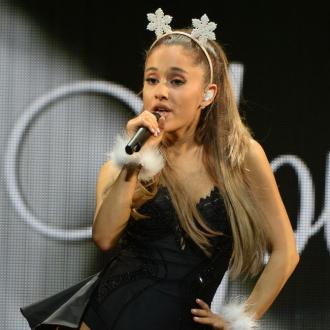 Ariana Grande is to feature on Andrea Bocelli's new album.

The 22-year-old pop star and the 56-year-old Italian have teamed up for the emotion-filled duet 'Once Upon a Time in America/Malena', with the song set to feature on Bocelli's new album 'Cinema', Entertainment Tonight reports.

The eagerly-awaited new record is inspired by the greatest movie songs and has been recorded in five different languages - Italian, French, Spanish, English and Sicilian.

Bocelli has revealed 'Cinema' is a dream he's ''harboured for decades''.

He explained: ''If films are a 'dream factory,' the music that supports them embraces these dreams and heightens all of the magic and emotional vitality.

''My invitation, my token is for these immortal 'classics' to merge with the experiences, with the most precious memories, with the emotions of every listener, to become the inimitable soundtrack to their life.''

Another artist who is keen to collaborate with Ariana is American singer Nick Jonas, who recently revealed they wrote several tracks together ''a couple of years ago'' and could release a duet at some point in the future.

The 22-year-old star said: ''We wrote a bunch of songs a couple years ago when she first started making her record.