Ariana Grande Treated A Group Of Unsuspecting Fans To A Tea Party After Discovering They Had Been Waiting Hours For A Glimpse Of The Pop Star Before Her Concert On Sunday (09aug15). 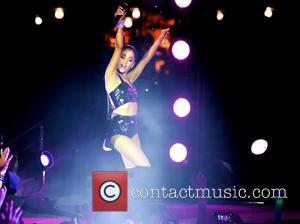 The Problem hitmaker brought her Honeymoon Tour to Toronto, Canada, where a number of dedicated followers camped outside her hotel long before she was due to hit the stage at the Air Canada Centre.

According to Entertainment Tonight Canada, Grande found out about her loyal fans and decided to invite them to a private lunch date.

The singer posted photos of herself and her nearly 20 fans gathered around a table on social media, adding the caption, "tea with my Toronto babies… u make me happy."

Fans who were lucky enough to receive an invite to the impromptu lunch also took to social media with photos from the meet-and-greet, at which Grande chatted, signed autographs and took pictures with her guests.