Rumours are as rampant as the 50 Shades of Grey's novel's female protagonist, Anastasia Steele, regarding who will take the main roles in the upcoming movie - particularly that of dominating business magnate, Christian Grey. 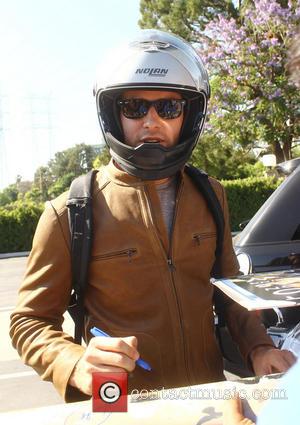 26 year-old Hammer, who will play the titular John Reid in the upcoming western adventure comedy, The Lone Ranger, alongside Johnny Depp, is most recognisable for playing the Winklevoss twins in 2010's The Social Network.

After Universal and Focus Pictures secured the rights to the film in 2012, fevered rumours began to fly regarding the actors who would play the characters in the sexually charged work of erotica.

One of the only details that has been confirmed about the franchise - it's set to run for three films - is that it will be directed by Sam Taylor-Johnson, a British director known for her 2009 film, Nowhere Boy, and who has been praised by Universal for a "unique ability to gracefully showcase complex relationships dealing with love, emotion and sexual chemistry."

Regardless, Armie seems perfectly cut out for the role - he's suave, handsome, sophisticated and what's more, in a recent interview with Playboy magazine, he described himself behind curtains as a "dominant lover" and admitted that before he settled down he "liked the grabbing of the neck and the hair and all that."

"And all that"? C'mon Armie, we'll want more juicy details than that if you're to become Christian Grey! Smashing fangirl hearts the world over, no doubt.