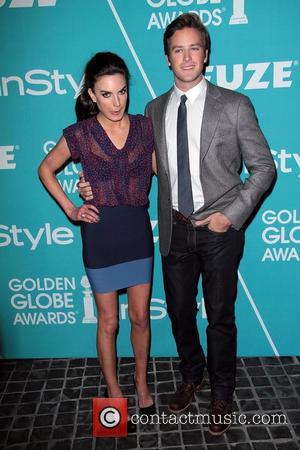 The Social Network star Armie Hammer has narrowly avoided a drugs charge after border control officers found a small amount of marijuana in his car. Officers in West Texas carried out checks on the vehicle, with the aide of a sniffer dog, who uncovered 0.02 ounces of marijuana as well as "three medicinal marijuana cookies and one brownie," according to CBS News. The seizure of the controlled substance was made in Sierra Blanca, just a few miles from the Mexican border.
Luckily for Hammer, though, the haul was below the amount that the district attorney requires to press a felony charge. It is still possible that the country attorney could pursue a lesser charge, as the report will be passed back to the local sheriff. However, Hammer's lawyer Kent Schaffer has told reporters that no charges have been presented to the actor with regards to his detainment. His marijuana-related debacle pales in comparison to Snoop Dogg's arrest for a similar offence earlier this month, for which he was fined just over $500.
Armie Hammer has been nominated for a Screen Actors Guild Award for Best Supporting Actor, for his role in J. Edgar. He faces competition from Jonah Hill, Christopher Plummer, Nick Nolte and Kenneth Branagh for the award. This year (2012), he is set to appear in Mirror Mirror, based on the story of Snow White and starring Sean Bean and LILY COLLINS.