Armie Hammer Made Sure He Kept One Of His Character's Signature Caps When He Wrapped The Man From U.n.c.l.e. By Simply Walking Off Set Fully Dressed As Ilya Kuryakin. 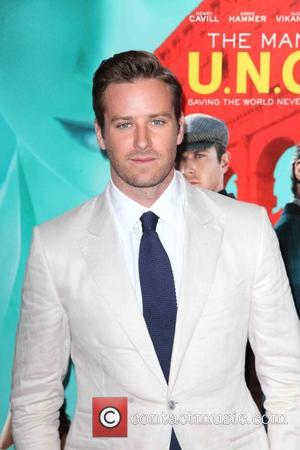 The actor wasn't allowed to leave the set with anything during filming, but insists security staff dropped their guard on his last day.

He explains, "I managed to basically steal one when we finished the movie by just walking off set fully dressed on the last day, just getting into a car and driving away."

But now he's not so sure the cap 'steal' was such a good idea, because he has nowhere and no occasion to wear it in the U.S.