Arnold Schwarzenegger Back For Legend of Conan

Arnold Schwarzenegger is ''honoured'' to be starring in 'The Legend of Conan', a sequel to the original action film franchise. 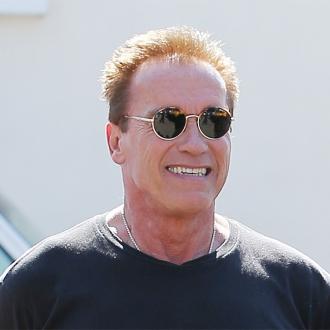 Arnold Schwarzenegger will reprise his iconic warrior role in 'The Legend of Conan'.

The former Governor of California is teaming up with Universal Pictures to bring the action franchise up-to-date in a sequel to the beloved fantasy films, picking up ''where Arnold is now in his life.''

The 65-year-old muscleman said: ''I always loved the Conan character and I'm honoured to be asked to step into the role once again. I can't wait to work with Universal and the great team of Fredrik Malmberg and Chris Morgan to develop the next step of this truly epic story.''

Co-producer Chris enthused: ''I love the property of Conan so much that I wouldn't touch it unless we came up with something worthy. We think this is a worthy successor to the original film. Think of this as Conan's 'Unforgiven'.''

Arnold starred in two 'Conan' movies; 'Conan the Barbarian' (1982) and 'Conan the Destroyer' (1984), and the franchise was unsuccessfully rebooted in 2011 with Jason Momoa as the title role.

However, 'The Legend of Conan' will ignore the events of the original 'Destroyer' sequel and the 2011 film in order to explore the challenges that Conan faces with maturity.

Chris explained: ''By the end of ['Conan of the Barbarian'], Conan became a certain character, and this film picks him up there, as he faces different challenges that include dealing with age.''

The studio are keen to have a film out by the summer of 2014.