Arnold Schwarzenegger Hopes To Win Maria Back, "I Still Love Her" 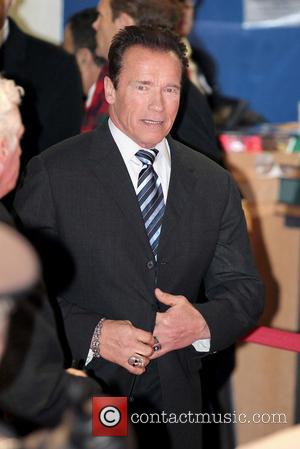 Arnold Schwarzenegger has been quoted in Germany's top-selling newspaper as saying he's still in love with estranged wife Maria Shriver and hopes for a reconciliation. Shriver filed for divorce in 2012 after 25 years of marriage, following Schwarzenegger's admission that he fathered a child with the family's long-time housekeeper.

The actor and former Governor of California - currently starring in The Last Stand - reportedly told the Bild newspaper that despite the separation, he spent Christmas with Shriver and their children. "We're not fighting any war: I still hope for reconciliation; I still love Maria." Despite his personal problems, it could be a busy few years for Arnie, who this week confirmed he would be appearing in Terminator 5. In a video web-chat with The Sun, Schwarzenegger said, "They're writing right now Terminator 5. There have been some writers on it for the last year-and-a-half and they could not pull it off. We have told them over and over that they are going in the wrong direction, now they've finally got rid of those writers and they've got new really quality writers. Now they're going in the right direction." The action-star famously played the cyborg assassin in the first two classic movies, before reprising the role in 2003. He sat out of the last instalment, 2009's Terminator Salvation with Christina Bale and Sam Worthington.

Before the new Terminator movie, Schwarzenegger has signed up to star in thriller The Tomb, with old pal Sylvester Stallone, Unknown Soldier, and Triplets - a sequel to his classic comedy Twins.