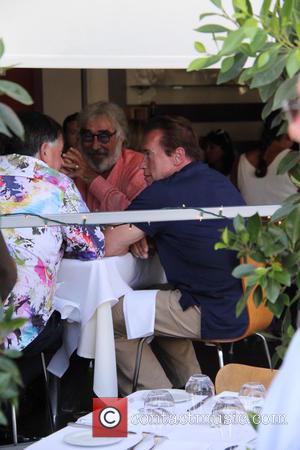 The Terminator star, who served two terms as Governor of California, will front the show, on which stars battle against each other to form charity businesses, when it returns to TV next year (16).

Confirming the surprise news in a statement on Monday (14Sep15), the actor writes: "I have always been a huge fan of The Celebrity Apprentice and the way it showcases the challenges and triumphs of business and teamwork.

"I am thrilled to bring my experience to the boardroom and to continue to raise millions for charity. Let's get started!"

He then took to Twitter.com to thank fans for their support, writing, "Wow. I'm blown away and honored by all your tweets. I can't wait to bring my experience to the board room & raise millions for charity."

Trump stepped down and cut ties with network bosses at NBC after declaring he was seeking the Republican nomination for president.