Veteran Action Hero Arnold Schwarzenegger Has Been Named An Environmental Advocate Ahead Of A Key United Nations (U.n.) Summit On Climate Change Later This Year (15). 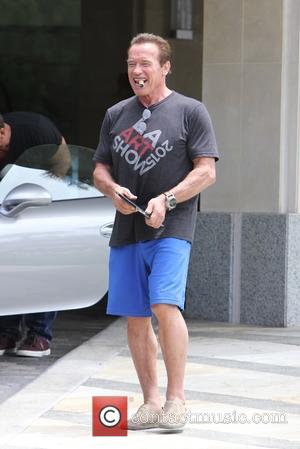 The French government chose the former California governor as a representative and he addressed the first Summit of Conscience For The Climate on Tuesday (21Jul15) prior to the U.N. event in Paris later this year (15).

Schwarzenegger addressed the meeting of spiritual leaders, Nobel Prize winners and environmental experts via a video message in which he called for urgent action to tackle environmental issues, saying, "I've starred in a lot of science fiction movies and, let me tell you something, climate change is not science fiction, this is a battle in the real world, it is impacting us right now... I believe the science is in.

"The debate is over and the time for action is now. This is bigger than any movie, this is the challenge of our time. And it is our responsibility to leave this world a better place than we found it, but right now we are failing future generations."

The 2015 United Nations Climate Change Conference kicks off in the French capital on 30 November (15) and runs until 11 December (15).