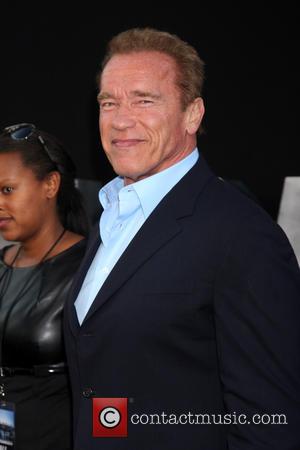 Picture: Arnold Schwarzenegger - Stars attended the Premiere of 'The Expendables 3' on August 11th 2014 which was held on Hollywood Boulevard at the TCL Chinese...

Shriver and Schwarzenegger separated in 2011 after he confessed to fathering a lovechild with their maid, Mildred Baena, 14 years prior.

The NBC News special correspondent filed for divorce, but it has yet to be finalised.

Shriver has reportedly been seeing Dowd since November (13) and earlier this month they attended actress Cheryl Hines' wedding to Robert Kennedy, Jr. in Hyannis Port, Massachusetts, together, according to the New York Post.