Jay Leno made a surprise appearance on 'The Arsenio Hall Show' to announce CBS has decided to renew it for a second season. 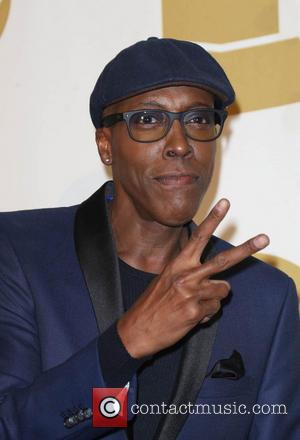 Arsenio Hall made his return to the talk-show world this past September (2013), and it looks like it was a successful one.

And it couldn't have been announced in a better way.

Former 'The Tonight Show' host Jay Leno, who was recently replaced by Jimmy Fallon, made a surprise appearance on the late night talk-show to bring his old friend an important notice.

After sneaking up on Hall during his opening monologue, Leno hugged it out with the TV host before calming the audience down for his big announcement.

Leno pulled an envelope out of his pocket, confirmed that the show's whole crew, including Hall, didn't know anything about what was in it, and then delivered the exciting news.

A surprised Hall said, "How come I don't get my news first?!" Leno replied, "He's more annoyed that I knew before he did!"

The 63 year-old then joked, "Actually, in the second season, I'm going to be hosting. They didn't tell you that part!"

"We are thrilled that Arsenio will be returning for a second season," Joe DiSalvo, president of sales at CBS Television Distribution said in a statement, (via The Hollywood Reporter).

"We knew Arsenio had a built-in fan base, but he's also reaching a new generation," This season, Arsenio has been the youngest late-night talk show on broadcast television and has given our station partners a real alternative for their late-night lineups."

Hall also released a statement that read, "Since 9/9/13, I've been waking up without an alarm clock. Producing and hosting my late-night talk show brings me great joy. I'm back where I belong! Thanks to my partners at CBS Television Distribution and Tribune."