Art Garfunkel (born Arthur Ira Garfunkel 05.11.41)
Art Garfunkel is a Grammy Award nominated singer, best known for being half of the folk duo Simon & Garfunkel. He is also a poet, and Golden Globe nominated actor.

Net Worth: According to Celebrity Net Worth in 2012, Art Garfunkel has a net worth of 45 million USD.

Childhood: Art Garfunkel was born in Forest Hills, Queens, New York City, to Rose and Jacob Garfunkel. In the first grade, Garfunkel fell in love with singing, listening to the children in his school walking down the echoing hallway and singing along to it. Garfunkel’s father bought him a wire recorder, which prompted Garfunkel to spend every afternoon practicing singing. In the sixth grade, Garfunkel met his future singing partner, Paul Simon, when they were both cast in the school production of Alice in Wonderland. In 1956, the two began performing together under the name ‘Tom and Jerry’ which had been given to them by their record label, Big Records. In 1957, they recorded the single ‘Hey, Schoolgirl’ which reached number forty-nine on the pop charts.

Career: After graduating in 1963 Garfunkel and Simon reformed their musical duo after it ended the previous year – this time, they used their own names, Simon & Garfunkel. In October, 1964, the couple released the album, ‘Wednesday Morning, 3 AM’, which failed to gain any critical success. They promptly split again. One of the tracks from the album, ‘The Sound of Silence’, was taken by their producer and released as a single with a new, dubbed, electronic backing. The single went straight to number one on the Billboard pop charts. Simon & Garfunkel joined together again and steadily became one of the most influential bands of the 1960s. The duo steadily released albums like ‘Sounds of Silence’, ‘Parsley, Sage, Rosemary and Thyme’, ‘Bookends’ and ‘Bridge over Troubled Water’. Their songs were later used in the 1967 film, ‘The Graduate’. Simon & Garfunkel performed a concert at Kraft Hall in 1968, where Garfunkel performed the solo ‘For Emily, Whenever I May Find Her’, written by Simon. Simon was far more interested in writing music than Garfunkel, while Garfunkel was more interested in singing and performing. Following the release of ‘Bridge Over Troubled Water’, their most successful album, the pair split again, due to differing tastes and differing ideas for their futures. Following the 1970 split, Garfunkel went on to star in the films ‘Catch-22’ and ‘Carnal Knowledge’ from director Mike Nicholas. Simon & Garfunkel then released their ‘greatest hits’ album in 1972. This allowed Garfunkel to feel confident enough to return to music, with solo albums ‘Angel Care’ and ‘Second Avenue’ in the subsequent two years. Garfunkel went on to record a third album, ‘Breakaway’, in 1975, which featured the song ‘My Little Town’, which had been written by Simon. While the two never officially returned to working together, they did occasionally collaborate and tour together, following the break up. In 1979, Garfunkel wrote the song, ‘Bright Eyes’ for the film ‘Watership Down’. Three months following the release of the song, Garfunkel’s long-time girlfriend, actress and photographer Laurie Bird, committed suicide. This caused Garfunkel to go into deep depression throughout the 1980s, which led to a reduction of musical output during that decade. He released an album in 1981 – ‘Scissors Cut’ – although it was met with disappointing sales. Garfunkel got back together with Simon for ‘The Concert in Central Park’, although the two fell out during the shows run. This lead to Garfunkel being removed from the upcoming album of Simon’s, which was originally supposed to be a Simon & Garfunkel comeback album. Garfunkel released albums steadily throughout the 1990s, and in 2003 he was finally credited as a songwriter for the first time since ‘Tom and Jerry’ with the album ‘Everything Waits to be Noticed’. In 2009, he appeared to sing with Simon during a concert by Simon’s band in New York. The duo sang three songs - "Sound of Silence", "The Boxer", and "Old Friends". The later announced a Simon & Garfunkel tour the next year. After a brief postponement, the tour was cancelled, as Garfunkel was suffering from vocal cord paralysis.

Personal Life: Between 1972 and 1975, Garfunkel was married to architect Linda Marie Grossman. It was the breakup that made him uncomfortable with the idea of marrying Laurie Bird. His depression was ended by an affair with the actress Penny Marshall. In 1985, Garfunkel met Kathryn Cermak and the couple married in 1988. They have two children together. Art Garfunkel Returns To The Stage - Kicks Off 2014 Touring Plans 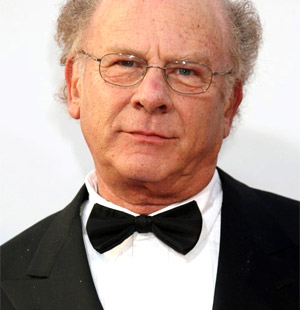 By Rich Cline
Good
A charming and observant tone helps lift this above most romantic comedies, at least until the formula kicks in during the final rather contrived act. But until then, it keeps us happily smiling and sighing along. 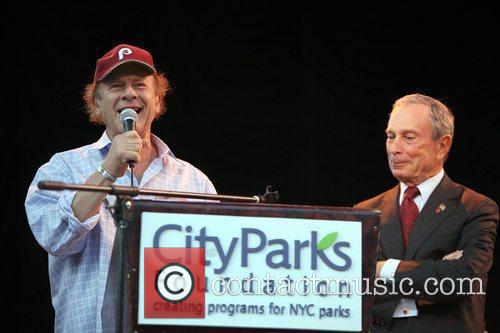 When Sandy discovers her husband is cheating on her she decides it's time to make a break and leave her suburban life for a new start in the city.

Freshly divorced, Sandy and her two kids move into an apartment and it doesn't take long for Sandy to employ a nanny for the kids. Aram is a 25 year old waiter currently working in a coffee shop. Still uncertain of his future, Aram agrees to start looking after the kids. One thing leads to another and it doesn't take long for Sandy and the nanny to form a bond and eventually a relationship; but with such an age difference and Sandy's recent divorce, what really can come from their future together?

Art Garfunkel Fighting To Get His Voice Back For 2011 Dates