Artem Chigvintsev - A variety of stars from all the series of "Dancing With The Stars" were snapped as they attended 10th Anniversary Party for the show, which was held at Greystone Manor in West Hollywood, California, United States - Tuesday 21st April 2015 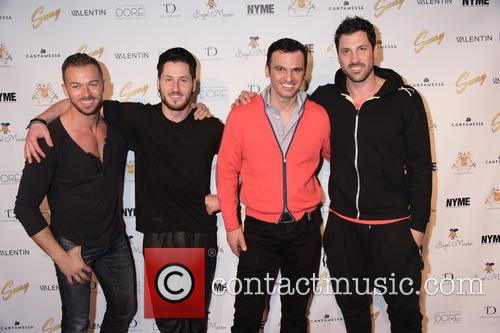 Lea Thompson and Artem Chigvintsev - 'The celebs from the hit TV show 'Dancing with the Stars' photographed at a show after party at the stylish cocktail lounge Mixology 101 A The Grove in Los Angeles, California, United States - Monday 22nd September 2014 The couple are said to be going their separate ways.

Strictly Come Dancing couple Kara Tointon and Artem Chigvintsev's relationship is reportedly on the rocks, according to new rumours suggesting the love between the showbiz pair has fizzled out. Kara Has Managed To Remain Looking Positive Throughout Her Alleged Relationship Struggles.

The former EastEnders actress and the dance trainer met when Kara signed up to BBC's Strictly Come Dancing celebrity talent contest in 2010 and have dated ever since. However, apparently now their relationship has run its natural course and the couple are ready to split after a rocky few months.