A$AP Rocky had full reign when collaborating with Jonathan Anderson on a capsule collection. 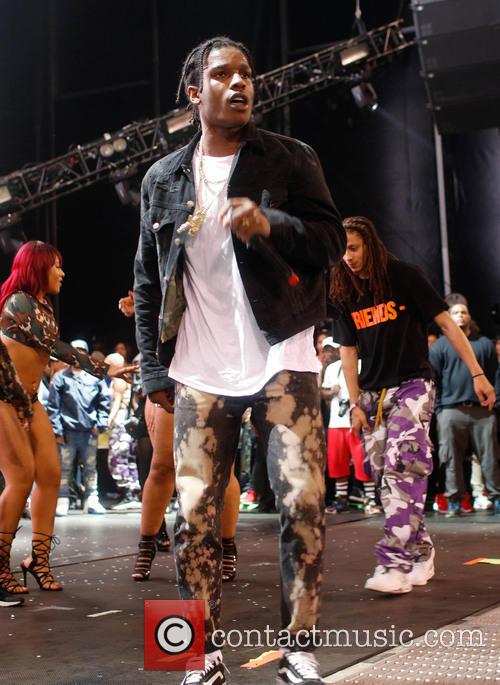 The American rapper and Northern Irish designer have teamed up on a line of sleek streetwear pieces like knitted hats, fur coats and tracksuits. While it may seem like an odd pairing, Jonathan notes the similarities between himself and A$AP when it comes to their passion for style.

“What we do is completely different, but fundamentally, that’s the beauty of fashion: You can meet in the middle on it. Everyone likes fashion," he told the New York Times.

“He was allowed to do whatever he wanted to do. I don’t know what it means. I was just like, 'OK, fine, whatever you want'. I like that.”

This venture is one of many strings to Jonathan's bow, which also includes helming Loewe and his own label J. W. Anderson. A$AP has always been a fan of the fashion star and has rocked his pieces in various music videos, thus resulting in the duo working together, adding to his previous partnerships including one with GUESS.

“I would never want to be a fashion designer,” he said. “But I do have a lot of ideas."

The 27-year-old had so much freedom that he was even able to design the logo for the line, settling on JWA AWGE. When quizzed on the letters' meaning, A$AP chose to quote a famous film in a bid to keep them secret.

“It is a collective of creatives that come from multiple disciplines including visual arts, fashion and music. No one needs to know what the letters stand for. We know what it is, and that’s how we want to keep it.”

The collaboration is a breath of fresh air for Jonathan, who admits he gets bored when working by himself so sees new projects as the perfect way to keep busy. The line is available to pre-order from his website on Thursday (09Jun16) and will be available to purchase from the designer's Shoreditch Workshops from Monday (13Jun16), with prices ranging from $275 (£190) for a hat to $1,300 (£899) for a teddy coat.