Rapper A$ap Rocky Has Vowed Never To Date Another Woman In The Public Eye Because He Is Convinced Female Entertainers "Don't Think For Themselves". 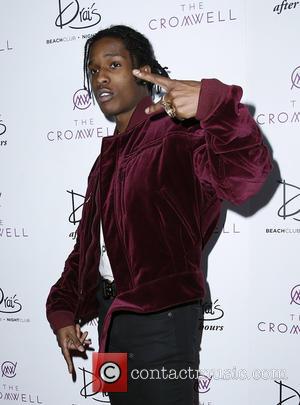 "From experience, I bob along better with normal women. I want children, I just didn't impregnate anybody yet. But I definitely want a daughter because she is going to be the flyest, jiggiest young lady on this planet."

Last year (15), the Wild For The Night star was embroiled in controversy over a rumoured relationship with another famous female, Rita Ora, after he released a track featuring lyrics which suggested he had sexual relations with the Hot Right Now singer.

Rita denied she had been in a relationship with the rapper, and demanded an apology from the A$AP Mob star.

"Like I said, 'Congratulations'. His (A$AP Rocky's) album has done great. I liked it and he knows where to find me if he wants to apologise," she told America's Hot 97 radio station.