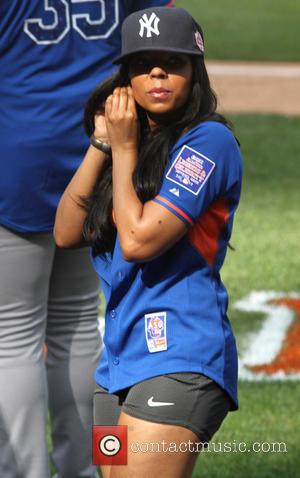 An overzealous Ashanti fan has pleaded not guilty to charges of harassment and stalking, despite allegedly admitting he was responsible for sending a series of lewd messages to the singer via Twitter.com.

Prosecutors in New York claim Devar Hurd, 35, has been bombarding the R&B star with explicit tweets and photos of his genitals since he was released from jail last year (12), when he completed a two-year sentence for sending similar text messages to Ashanti's mother, Tina Douglas.

He was indicted on 14 new counts, including criminal contempt and aggravated harassment, last month (Jul13), and he was hauled back before a judge on Tuesday (13Aug13) as he was arraigned in Manhattan Supreme Court.

Hurd defiantly declared he was "not guilty", even though legal papers submitted to the court allege that he had already confessed to sending the rude messages to Ashanti during police questioning, reports the New York Daily News.

According to the prosecutor's notes, Hurd claimed Ashanti and her family had welcomed his explicit photos and creepy notes, saying, "I knew that there were multiple orders of protection barring me from communicating with Ashanti and her family, but that's something the Court wanted, not the family. The family doesn't care."

He is also said to have told investigators: "Yeah, I sent Ashanti lots of tweets, including the sexually-based ones."