Ashlee Simpson and Evan Ross to wed in Connecticut

Ashlee Simpson and Evan Ross are to marry tomorrow (31.08.14) at his mother Diana Ross' estate in Connecticut. 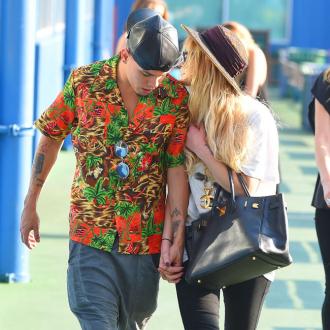 Ashlee Simpson and Evan Ross are reportedly getting married tomorrow (31.08.14) in Connecticut.

The loved-up couple, who got engaged in March, are set to tie the knot in a lavish ceremony at Evan's mother Diana Ross' estate in Greenwich.

The 29-year-old singer-songwriter will walk down the aisle with her five-year-old son Bronx, whom she has with her ex-husband Pete Wentz, while wearing a stunning wedding gown embellished with pearls.

Ashlee's sister Jessica is the matron of honour, while her daughter Maxwell, two, will serve as the flower girl and 14-month-old son Ace will be the ring bearer.

After the pair exchange their vows, guests will spend the evening partying with the newly weds at a Bohemian-inspired bash, which will be complete with dream catchers and a mixture of festival food.

Family and friends will also be treated to a performance from Stevie Wonder, 64, at the ceremony and the reception and it is thought the Supremes singer, 70, may be also be taking to the stage, according to Us Weekly magazine.

He said: ''[My mother is] involved in every part of our wedding [and] engagement party.''