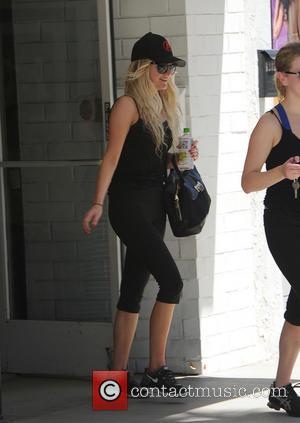 Ashlee Simpson and Evan Ross have tied the knot.

The couple exchanged vows on Sunday (31Aug14) during a private ceremony at the Greenwich, Connecticut mansion of the groom's mum, Diana Ross, according to multiple reports.

The bride's newlywed sister Jessica Simpson served as Ashlee's matron of honour, almost two months after her own wedding to husband Eric Johnson, while her kids Maxwell, two, and son Ace, 14 months, took on the roles of flower girl and ring bearer, respectively.

This is actor Ross' first marriage and the second for Simpson, who was married to the Fall Out Boy rocker from 2008 to 2011. Ross proposed to Simpson in January (14) after just six months of dating.

The bride's father, Joe Simpson, was clearly thrilled about the big day, posting a tweet hours before the nuptials, which read, "Today my little girl gets married. Congrats Ashlee and Evan."