Ashlee Simpson and Pete Wentz have reportedly been spotted holding hands while on a family date out at Los Angeles' Beverly Glen Mall with their two-year-old son Bronx earlier today (31.03.11). 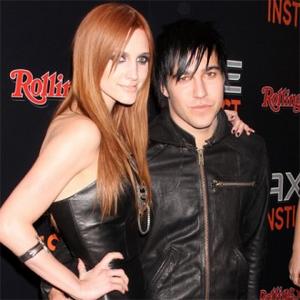 Ashlee Simpson and Pete Wentz have been spotted holding hands.

The pair - who recently called time on their relationship after almost three years of marriage - were reportedly "looking like a couple again" while on a family date out at Los Angeles' Beverly Glen Mall with their two-year-old son Bronx earlier today (31.03.11).

An onlooker told People.com: "Ashlee and Pete held hands, and Pete especially looked very happy. While waiting for their drinks, Pete had his arm around Ashlee and they definitely looked like a couple again.

Pete, 31, recently admitted despite his split from the 26-year-old singer, the pair were still "best friends" and he has nothing but "love and respect" for his estranged wife.

The Fall Out Boy bassist explained: "Ashlee's been my best friend for five years; she's the mother of my child. I have nothing but love and respect for her and going through something like this isn't easy, but we're friends and the most important thing is to put our son first."

Although when filing for divorce Ashlee applied for sole custody of Bronx - and Pete having sine requested joint care - the couple are said to be working to reach an "amicable" solution.

An insider recently revealed: "Ashlee and Pete's split is amicable and they're working together to make this as positive a situation for Bronx as possible."