Ashlee Simpson-Wentz has filed for divorce from husband Pete Wentz after almost three years of marriage. 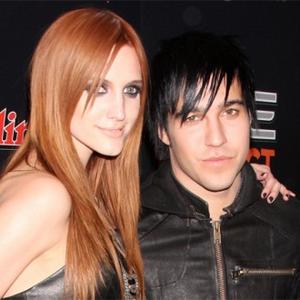 Ashlee Simpson-Wentz has filed for divorce from Pete Wentz.

The 'Outta My Head' singer - who has a two-year-old son Bronx Mowgli with the former Fall Out Boy rocker - cited "irreconcilable differences" in a filing to Los Angeles County Superior Court, but the pair insist they are still friends.

In a joint statement, they said: "After careful consideration, we have made the difficult decision to file for divorce.

"We remain friends and deeply committed and loving parents to our son Bronx, whose happiness and well-being remains our number one priority. We ask that everyone honour our privacy as we navigate this next phase of our lives."

In her petition to the court, Ashlee, 26, is asking for joint legal custody and primary physical custody of Bronx

The couple married in May 2008 after around a year of dating.

It is not believed they had a prenuptial agreement.

Just last month Pete, 31, spoke about how much he was looking forward to going on the road with his new band Black Cards and taking his family with him.

He said: "The great thing right now is that my family is very mobile and are able to tour with me. And I think that's the only thing that would've been a hurdle. But the fact they're kind of able to go, I want to be back out there.

"And it's really cool to be able to see the world and to do it on a record company's dime, so I'd like to kind of do that and I'd like to show my son the world as well."