Ashlee Simpson wants her superstar mother-in-law Diana Ross to help boost her music career by introducing her to new producers. 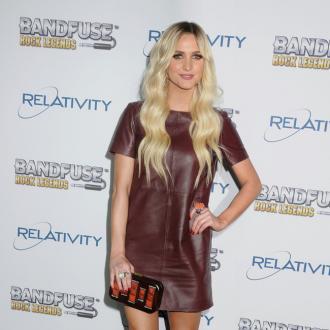 Ashlee Simpson has asked Diana Ross to help her reignite her music career.

The 'Pieces of Me' singer, who recently married the legendary singer's son Evan Ross, has reportedly begged her to introduce her to new producers.

A source told OK! magazine: ''Ashlee's constantly hitting up Diana for industry contacts. Diana has no problem helping her son out, and she really does like Ashlee, but she knows a spoiled princess when she sees one.''

The insider added: ''[Ashlee] is really pushing her luck with Diana.''

The 30-year-old beauty married Evan, 26, in a lavish ceremony at Diana's house in Connecticut last month.

The 70-year-old star, who is ordained, was heavily involved in the ceremony and even officiated the couple's wedding and then went on to perform her ballad 'Endless Love' at the service afterwards.

The former Supremes singer previously dismissed rumours of tension between her and Ashlee.

Shortly after their wedding, she said: ''I want only love, happiness, and joy for my son and his bride.''