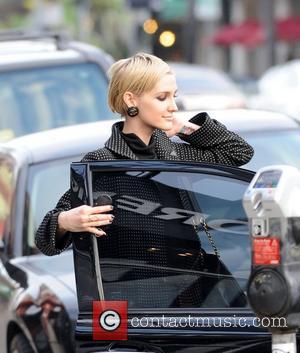 Ashlee Simpson and Pete Wentz proved their split is amicable by spending Valentine's Day (14Feb11) together with son BRONX.
News that Simpson had filed for divorce from the former Fall Out Boy rocker stunned fans last week (ends11Feb11). The singer had cited "irreconcilable differences" as the reason behind the split.
But despite their relationship heading towards an official end, the former couple decided to spend the most romantic day of the year in each other's company with a meal at the Beverly Hills Hotel.
Simpson and Wentz were spotted outside the venue on Monday with their two-year-old son.
According to tabloid reports, Simpson has moved in with her big sister Jessica while she searches for a new home.