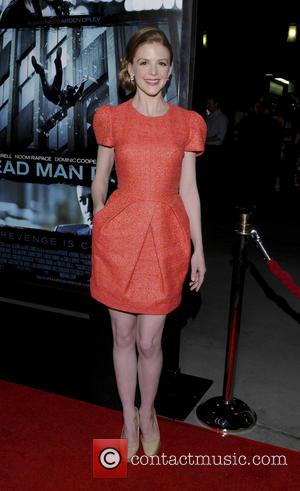 Actress Ashley Bell is nursing a stress fracture in her vertebrae as a result of performing her own stunts in upcoming horror film The Last Exorcism Part Ii.

The 26 year old plays a young girl possessed by a powerful demon in the movie, and she had to contort her body into a number of awkward and uncomfortable positions during the shoot to give viewers the idea she was being controlled by a dark spirit.

And Bell, who also writhes around on a bed while a religious leader tries to cure her, admits it all really took a toll on her back.

She tells news website ShockYa.com, "I was thrilled to be able to do it, but there was a physical therapist on set in between takes that would have to pop my shoulder blades out. It was handled very carefully and the bed was heated so I could hyperextend and everything like that. I actually have a stress fracture to prove it...

"I went to a doctor afterwards and he said, 'Have you been doing any gymnastics or any hyper extending or back bends? You have a stress fracture in your lower vertebrate.' I said, 'Well, one thing comes to mind!' It's an occupational hazard of being possessed by the devil." 'Scorpion Joe' and Lenny are two amateur bank robbers who decide to hold up the...

After the last members of her family die in a horrific satanic ritual, Nell Sweetzer...

Reverend Cotton Marcus is an evangelical minister who has spent his life convincing others that...