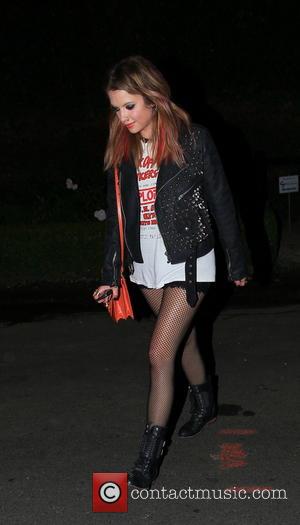 Actress Ashley Benson is showing her support for the American military by raising funds for organisers at the United Service Organization (Uso) through a special charity event on Veteran's Day (11Nov13).

The Pretty Little Liars star has teamed up with editors at Cosmopolitan magazine and bosses at cosmetic company Maybelline for a charity drive, which offers people the chance to send a postcard overseas to a soldier and donate $1 (Gbp.67) to the Uso of Metropolitan New York in the process.

Benson will be leading the effort in New York, where a pop-up booth will be assembled for the public to come and participate in the fundraiser.