Actress Ashley Benson Has Sparked Speculation She Is Dating Paper Towns Star Nat Wolff After They Were Spotted Together In New York City Over The Weekend (10-11oct15). 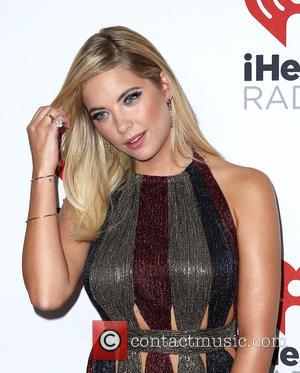 The Pretty Little Liars star was in the Big Apple to attend New York Comic-Con with her TV co-stars on Friday (09Oct15), and she spent the rest of the weekend enjoying her time in the city, including a night on the town with the actor.

The two were photographed holding hands on Saturday (10Oct15), and an insider tells E! News they also attended a party together that night.

The actress recently told Fashion magazine she finds it difficult to maintain solid relationships in show business, admitting, "I don't think I would be able to date a high-profile actor the way Angelina Jolie has. Her and Brad (Pitt) have done a good job at keeping private but I'm sure that takes work. It's too much attention when two powerful people are together. Everything is heightened and exaggerated.

"The strangest thing that I've read is that I've dated all the male co-stars I've had on Pretty Little Liars. None of it is true. It's disgusting."