New R rated comedy-drama starring Ashley Benson has caused a stir due to the actress appearing on the cover of Seventeen magazine aimed at adolescent girls. 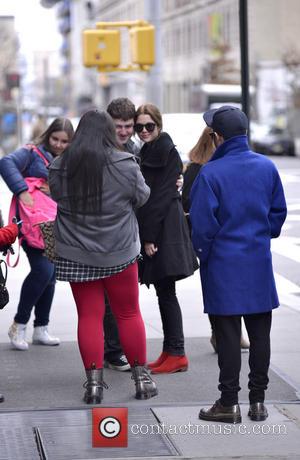 Picture: Ashley Benson - Ashley Benson leaves her hotel and poses for a photograph with fans before getting in to a taxi - New York City,...

"We all came from a Disney background, and this was different from anything we've done. But we wanted to prove that we're not just girls who play happy parts," Benson explained in her interview with the magazine according to the Daily Mail. "It was such a crazy experience and it was character-building. I'm so proud of all of us. I'm really, really excited for everybody to see it."

Of course, however, being rated R unless the readers of Seventeen have very liberal parents its unlikely many of that demographic will be seeing it for a long time. Unaware of this initial criticism she also spoke about where she wants her acting to take her. "I love Michelle Williams and Natalie Portman-those are the careers I want," she says. "My goal is to win an Oscar, and I'm going to take the steps to get there."