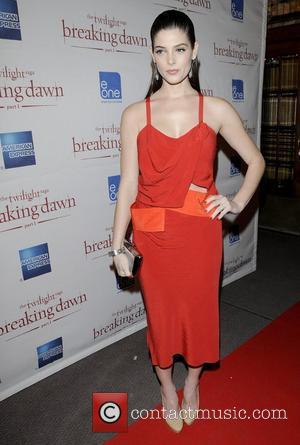 Actress Ashley Greene has gone public with her new romance after joining New York's Christmas kick-off party with Broadway's Spider-Man star Reeve Carney on Wednesday (30Nov11).
The Twilight beauty was first linked to Carney in October (11), shortly after the Spider-Man: Turn Off the Dark actor split from his co-star Jennifer Damiano.
And the new lovers celebrated the start of their first holiday season together by appearing at the Rockefeller Center Tree Lighting event to watch performances by singers Michael Buble, Tony Bennett, Cee-Lo Green and Neil Diamond.
It has been a busy year for Greene on the romantic front - she has dated pop star Joe Jonas and was briefly linked to Kings of Leon rocker Jared Followill.