Ashley Greene has been picking up fashion tips from 'Sex And The City' stylist Patricia Field on the set of new TV show 'Americana'. 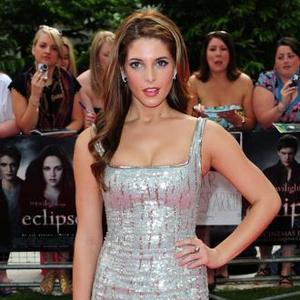 Ashley Greene has been picking up fashion tips from 'Sex And The City' stylist Patricia Field.

The 'Twilight Saga' actress has been working with the legendary costume designer on new TV show 'Americana' and Ashley is impressed with Patricia's ability to put her signature twist on clothes.

She told WWD: ''Pat Field is the costume designer and she took a vintage coat and turned it inside out and then belted it, which gave it a really vintage distressed look, which was great.''

Away from the set Ashley prefers to dress down and says jeans and shearling coats are a personal favourite.

She explained: ''DKNY skinny jeans are always a staple for me, and they have amazing and actually reversible, shearling coats that I've been wearing a lot.

The fashionable actress also admitted she has stolen some of her favourite accessories worn by her 'Twilight: Saga' character Alice Cullen from the set but is worried about getting caught.

She said: ''In the very beginning I took Alice's Cullen crest necklace, which is pretty awesome, so I have that still, and I took the Jackie Ohh Ray-Ban sunglasses from the second movie. But then I stopped; I thought they are going to start yelling at me.''