Ashley Greene landed her role in 'Twilight' after her partying stopped and she decided to concentrate on her career. 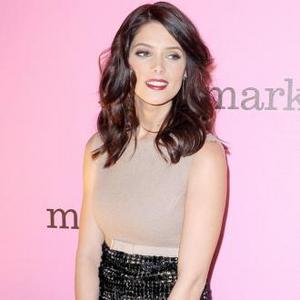 Ashley Greene landed her role in 'Twilight' after stopping partying.

The 25-year-old actress - who plays sexy vampire Alice Cullen opposite Kristen Stewart and Robert Pattinson in the popular film franchise - says she was offered the part at a time when she had decided to put a stop her wild ways and get serious about acting.

Ashleigh told Esquire magazine: ''In my second year in Los Angeles, when I was 18, I wasn't getting any bookings so I stopped going out, stopped partying. It was a matter of getting to the work. I had to focus.''

''What 'Twilight' gave me was years to consider how I wanted to work otherwise.''

The brunette beauty - who is dating Broadway star Reeve Carney - who has recently finished filming the final 'Twilight' installment 'Breaking Dawn - Part 2' and revealed that the experience and the people she has met have shaped her life.

She said: ''You make five movies with the same people and they really do feel like family. But film those same five movies in different locations, and none of the locations ever really Feels Like Home.

Ashley's next role will see her star alongside Hugh Jackman and Olivia Wilde in 'Butter', an independent film about a small-town girl who discovers her talent for butter carving.