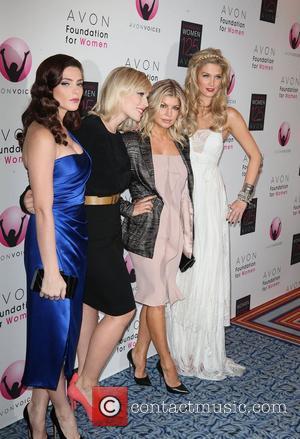 Ashley Greene is preparing to appear in the ABC drama series 'Pan Am'. Even though she is promoting the release of 'The Twilight Saga's Breaking Dawn Part I', Ashley Greene has booked a three-episode arc on the drama series.
According to Entertainment Weekly, Greene is set to portray a debutante who has a past connection to the character of Ted, played by Michael Mosley. She will make her first appearance in the US on the December 4th (2011) episode titled "Kiss Kiss Bang Bang". The 1960s period drama about the airline industry which features actress Christina Ricci is yet to get a full-season order. In other news, Greene was seen attending a promotional event for 'Breaking Dawn' last night (11 Nov 2011) in San Francisco where she signed autographs and took pictures with the second-tier cast (Nikki Reed, Jackson Rathbone and Charlie Bewley) as the trio of Robert Pattinson, Kristen Stewart, and Taylor Lautner were not in attendance. Ashley Greene has appeared in several cities in order to promote the upcoming vampire movie that will be the penultimate of the series. The movie will be released across UK cinemas on November 18th.
It will be a busy year for Ashley Greene next year who not only will also be promoting 'The Twilight Saga's Breaking Dawn Part II' but is also set to star alongside Demi Moore and Miley Cyrus in the comedy 'LOL'.