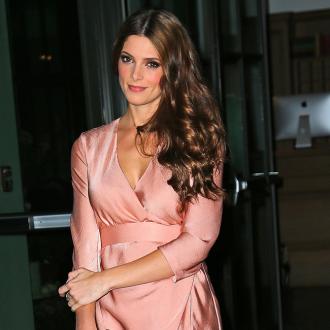 Ashley Greene has split from her boyfriend of ten months Reeve Carney.

The 'Twilight Saga' star has called time on her romance with the 29-year-old Broadway actor who stars in 'Spider-Man: Turn Off the Dark' because of her hectic schedule.

A source close to the 25-year-old actress told USMagazine.com: ''They are over. Reeve seems to be fine and it was just crazy with their schedules.''

But friends have hinted their split could be temporary as Ashley travels around the world for a whirlwind press tour ahead of the release of final installment of the vampire series 'Breaking Dawn: Part Two', which hits screens on November 16.

A source said: ''She knows this is a pivotal time in her career. I wouldn't say I could never see them getting back together but right now they are doing their own thing.''

Ashley recently admitted she finds dating difficult and struggles to hold down a relationship because she is constantly travelling for work.

The brunette beauty said: ''I'm always here and there - everyone in my industry is - and that's why a lot of relationships are fleeting.

''I've gotten very good at detaching whenever I have to go away for three months, which I realize is hard on friends and kind of selfish.

''You go on a couple of dates, and then someone ships off to do a movie. It's not like you're going to fly out and see them, because it's not serious enough for that.''