'Twilight' actress Ashley Greene says preparing to say goodbye to her fellow cast members will be like leaving high school. 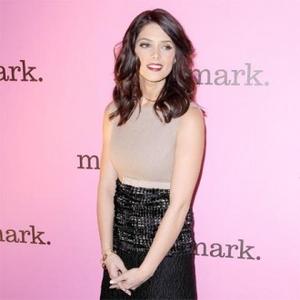 Ashley Greene feels the end of 'The Twilight Saga' is like graduating "high school".

The US actress - who plays Alice Cullen in the movie series, which is based on the books by Stephenie Meyer - said the end of the four-year franchise is going to be like leaving high school.

She told MTV News: "It's fun to go to work every day, but it's kind of bittersweet. It's sad, because I feel like it's high school or something. We've been doing it for so long."

The 24-year-old beauty admitted there is still plenty to look forward to regarding 'The Twilight Saga: Breaking Dawn', which is split into two movies, with part one set to be released later this year and part two due to come out in 2012.

Ashley added: "For two years, we're going to have these movies coming out and press tours and all that stuff, and premieres. So the nice thing about that is that we know we are going to see each other over the next two years. It's not as hard to finish out the franchise."

And Ashley was pleased to work with 'Dreamgirls' director Bill Condon, who was at the helm for the final two 'Twilight' movies.

She said: "Working with Bill Condon makes it kind of the cherry on top, because he's so excited and he's incredible at what he does."