Greene And Jonas Walk Down The Aisle Together 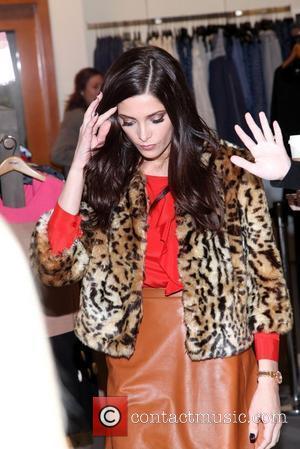 Ashley Greene walked down the aisle with her ex-boyfriend Joe Jonas' brother Nick on Saturday (14Apr12) - as part of a mutual friend's wedding party.
The Twilight actress arrived at the nuptials arm-in-arm with Nick and watched as her boyfriend Reeve Carney's sister Paris exchanged vows with Greg Garbo, the Jonas Brothers' bassist.
She proved there were no hard feelings with her ex, who was also a groomsman, when they both posed for pictures with the rest of the wedding party.
She took a break from the celebrations to tweet, "Congratulations Paris Carney (and) Greg Garbo, you were the most beautiful couple in the world tonight. Fairy tale."
The Jonas Brothers later made a toast at the reception, and stepped onstage to perform Marvin Gaye's Let's Get It On for the happy couple.