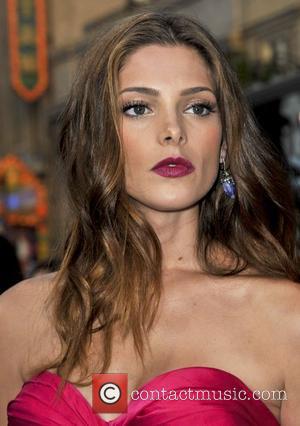 Stars including Ashley Greene, Chris Colfer, Paris Jackson and Emmy Rossum were woken in the early hours of Monday morning (03Sep12) when an earthquake rocked Los Angeles.
A 3.2-magnitude tremor struck close to Beverly Hills around 3.30am local time, waking many local residents and setting off car and building alarms across the city.
A number of stars took to Twitter.com after the quake hit to tell followers about the drama, with Michael Jackson's daughter Paris revealing she was so frightened, she ran into her younger brother's bedroom.
She writes, "Yup... I toootally (sic) got up screaming and ran to Blanket's room because of the earthquake... Yeah a 10 year old is gonna protect me!! hahaha."
British rocker James Bourne is staying in L.A. with his friend, MCFly star Danny Jones, and he admits the pair ran into the street when they felt the tremor: "For real earthquake me an (and) (Danny MCfly) ran outside it was scary. That was preettttyy (sic) scary."
Actress Emmy Rossum adds, "Earthquake. Well That woke me up! My whole bed shook. Everyone okay?"
Many other stars simply complained about having been woken up - Twilight star Ashley Greene writes, "Way to ruin a perfectly good night's sleep. Super rude earthquake," Good Charlotte rocker Benji Madden writes, "Earthquake wake up never gets old," and Glee's Chris Colfer adds, "3.2? 4.1? 3.3? Even the earthquakes get mixed reviews in Los Angeles. Shaken Not Stirred."
However, Black Eyed Peas star will.i.am was not fazed by the quake - he was awake and busy in his studio recording music for Nicole Scherzinger. In a post on Twitter.com, he writes, "There was a earthquake (sic) in L.A. just 1 min ago... If (it) wasn't... it was the beat I'm making in the studio for (Nicole Scherzinger)."