Elizabeth Olsen has been advised by her elder sisters Mary-Kate and Ashley to be herself and not ''get caught up'' in the fame game. 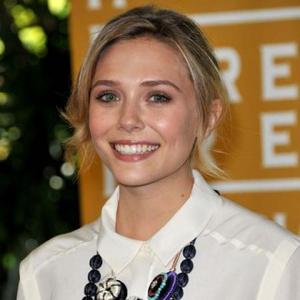 Mary-Kate and Ashley Olsen have advised their sister not to "get caught up" in fame.

Elizabeth Olsen - who caused a sensation at the Sundance Film Festival with her performance in 'Martha Marcy May Marlene' - is grateful for the support her elder siblings have given her, though they also warned her to stay focused on her work and stay true to herself.

Asked how her twin sisters have advised her, Elizabeth said: "It's just to be you and not to get caught up in anything else. I mean this is all fun, and I guess you have to do this, but it's also really amazing that you get to do it."

The 22-year-old actress says watching her famous sisters growing up in the spotlight has given her an awareness of how the media changes and she tries not to pay much attention to what is said and written about her.

Speaking about the reaction at the Sundance Film Festival, she said: "It's fun. I've always been aware throughout my life of who's the focus point for the media and I feel like it changes so often that I don't really take it to heart. So who knows? I'm not going to take it too seriously."

Elizabeth is trying to complete her studies at New York University and admits it has been difficult to juggle her fledgling movie career with her education.

She told E! Online: "I had to email an essay to my Shakespeare in Film teacher this morning. It was due today in class and he allowed me to miss class today. And then next week I have an in-class essay and two presentations, so that's what I'll be doing on my weekend."