Ashley Roberts has confirmed that she will be reunited with her former group, The Pussycat Dolls, in the future although she's unsure as to when. 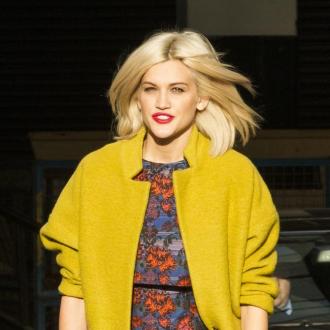 Ashley Roberts says The Pussycat Dolls will be getting back together.

The 32-year-old star and her former group mates have all gone their separate ways since splitting in 2010, but she claims they will ''definitely'' be reuniting to bring back their hits such as 'Don't Cha' and 'When I Grow Up'.

When asked if there were plans for a reunion, she said: ''I don't know, I really don't. Never say never, but I know at the moment we're all on our own paths right now.

''Definitely someday. Not quite yet. It will happen when it's supposed to.''

Ashley - who competed on the ITV reality show 'I'm A Celebrity ... Get Me Out Of Here' in 2012 and has since gone on to judge on 'Dancing on Ice' - claims that although the rest of the dolls, Nicole Scherzinger, Kimberly Wyatt, Jessica Sutta, Carmit Bachar and Melody Thornton are busy with their own projects at the moment, she's keen to get back to working on music.