Ashley Roberts has revealed she once had a sex dream about Harry Styles. 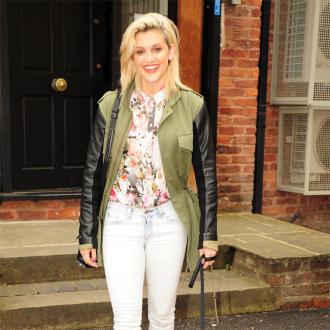 Ashley Roberts had a ''naughty'' dream about Harry Styles.

The former Pussycat Dolls singer admits she once woke up baffled after spending the duration of her sleep thinking she was having sex with the One Direction hunk.

Speaking in a radio interview with In:Demand FM, she explained: ''I had a dream about Harry Styles ... I don't know if I can say ... so first off I woke up and at the time I didn't know much about One Direction, I mean I didn't really know any of their songs but Harry popped into one of my dreams and I woke up like, 'What the heck? I think I can be put in jail for that, is he legal?'''

When asked by Stu Tolan if the dream was naughty, she replied with: ''It was, it was.''

However, the blonde beauty, 32, admits she had to search the internet after her imaginary night with Harry, 20, because she was so stunned by the cheeky dream.

She added: ''I woke up and I had to google him because I was like, 'Wait a second. What just happened?'''

Although, Ashley soon realised after her confession that she may face backlash from Harry's adoring fans for imagining a night of passion with him.