Ashley Roberts has revealed she ''wasn't allowed to talk'' during her time in the Pussy Cat Dolls, suggesting that Nicole Scherzinger's leadership was the reason they broke up in 2008. 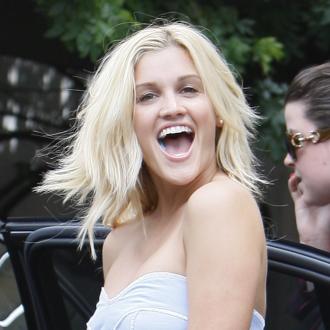 Ashley Roberts ''wasn't allowed to talk'' in The Pussycat Dolls.

The blonde singer claims she was banned from voicing her opinion during her time in the 'When I Grow Up' group and lead singer Nicole Scherzinger spoke behalf of the whole band.

Speaking during filming for UK reality TV show 'I'm A Celebrity... Get Me Out Of Here!' the 31-year-old beauty said: ''Even in the group I wasn't allowed to talk, we were told to be quiet. Only Nicole was allowed to talk and we would occasionally pitch in.''

In astonishment, campmate Charlie Brooks asked: ''Only Nicole was allowed to talk, why did they say that then, did that not drive you nuts?''

Ashley said such rules contributed to the split of the original line up of the band in 2008, explaining: ''Are you serious? Why do you think the band broke up? U2 are still together and they split everything down the middle.''

Heavyweight boxer David Haye asked whether the Dolls shared their fortunes, to which Ashley simply responded ''no''.

Former Doll Carmit Bachar recently suggested it was Nicole's jealousy with Ashley's looks that broke up the group and caused tension.

She said: ''Nicole was jealous of Ashley. She felt threatened by her - like people would prefer her because of the way she looked.

''Ashley had that iconic American thing going on - blonde hair, blue eyes. It was the look Nicole seemed to want but could never have.

''But [Nicole] always had a thing about blonde girls. Ashley knew that Nicole was jealous of her and it made her feel uncomfortable. It was a hideous undertone in the group.''