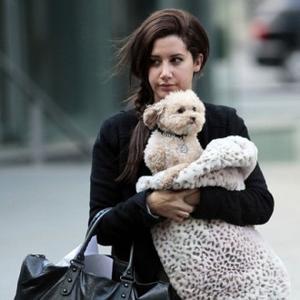 Boys Like Girls lead singer Martin Johnson spent New Year's Eve (31.12.11) in New York City with 'High School Musical' star Ashley before the pair flew back to Los Angeles together and sources close to the former bad boy say he has "turned his life around" since Taylor's team put an end to their fledgling relationship.

A source told RadarOnline: "Taylor was really head over heels for Martin, but her team didn't really feel that he was a good influence on her or her image. So she was pretty much forced to end things. She sort of broke his heart. He is a really great guy. Since they split he has really turned his life around."

Ashley and music video director Scott Speer recently called time on their two year relationship after it "ran its course".

A source said: "They had been on and off for a while. They tried to work it out but concluded their relationship ran its course."

Ashley, 26, has been getting over the break-up by listening to music by Nicole Scherzinger. She took to her twitter page to write "What goes around comes back around," and added a picture of herself on with the caption "Rocking out to don't hold your breath by Nicole Sherzinger" (sic).