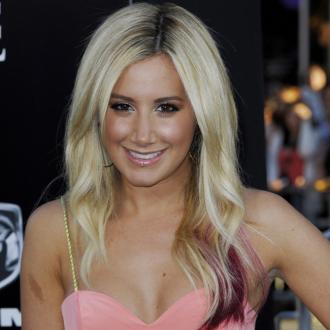 The 'Scary Movie V' actress - who has previously dated musician Jared Murillo and music video director Scott Speer - admitted there are particular types of guys she is attracted to.

She said: ''There's definitely a thing where I like the dark, mysterious bad boy.''

However, she also admitted to a liking for ''surfer, blond frat guys''.

Ashley, 27, favours an ''old-school'' approach to dating and would rather be honest about her feelings than play games with guys she likes.

She told the new issue of America's Maxim magazine: ''I'm definitely old-school when it comes to dating.

''I'm not into the 'game' so much. If I like you, I'll confront you and be open about it. Then I expect you to come after me.''

She has said: ''I give dating advice on a regular basis. It's not that I'm any expert, but it's always nice to share that with your friends.''

Ashley's biggest relationship tip relates to the importance of communication.

She explained: ''Communication is so key. Especially in this business, I'm always travelling and doing something else. So I think communication is the foundation of it all.''