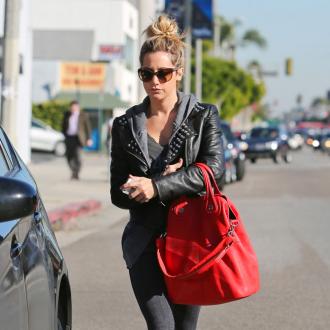 Ashley Tisdale is proud of Selena Gomez and Vanessa Hudgens.

The 27-year-old actress is impressed with her fellow former Disney stars for moving on from kid friendly movies and shows to starring in new film 'Spring Breakers', which features drugs, sex and violence.

She told E! News: ''I think we're all making our transitions and growing up. I think it's exciting.''

While Selena loved playing a college student gone wild in the film, she admitted her mother encouraged her to take on the part.

She said: ''She loves this kind of vibe. She's super into Indie movies and Indie directors...I think it was more of her pushing me and being like you should go for it.''

She said: ''I've never been this nervous and I'm like, 'Just close your eyes every time you see something bad'...because I'm so scared. I haven't been this nervous in a very long time and it's because my mom's is seeing the movie.''