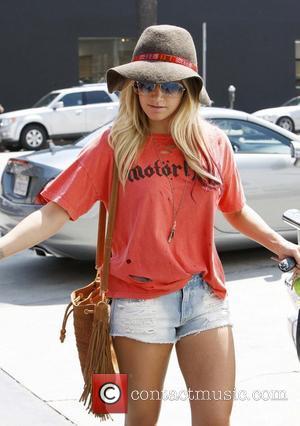 Actress Ashley Tisdale has ended her brief romance with Boys Like Girls frontman Martin Johnson and reportedly reunited with her ex-boyfriend Scott Speer.
The High School Musical star split from music video director Speer in December (11) after two years together, and she was subsequently linked to Love Drunk hitmaker Johnson.
They made their first public appearance as a couple by hitting the red carpet at Sir Elton John's annual Oscars party in February (12), but it appears their relationship is no more - Tisdale was photographed with Speer on Saturday (21Apr12).
The actress was seen walking hand-in-hand with her old beau as they shopped in Beverly Hills.