Ashley Tisdale expresses her love for fiancé Christopher French when revealing they collaborated on the singer's new track dedicated to her late grandfather: "It Doesn't Get Any Better." 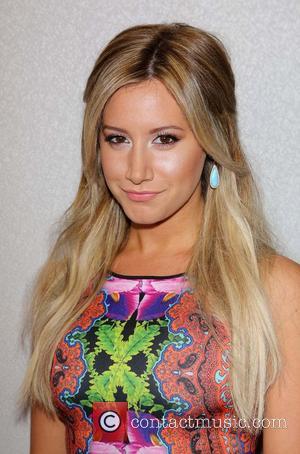 Ashley Tisdale has had a moment of highs and lows in 2013.

This past August (2013) the 28 year-old became engaged to her boyfriend of 8 months Christopher French.

But only three months ago her beloved grandfather died and Tisdale stated on Instagram that her new single, 'You're Always Here', is dedicated to him.

The former 'High School Musical' star posted a photo of her grandfather with the caption, "#yourealwayshere #specialproject....dedicated to my Pop Pop Arnold."

The new track was produced by her musician fiancé and in a recent interview with Ryan Seacrest, Tisdale could not stop expressing her love for him.

"I've obviously been in long relationships in the past and stuff. But I think because of knowing what I wanted, I wouldn't have gone into a relationship if it wasn't what I wanted. And I think from the moment that him and I met, I just knew it. I was like, 'OK, this is the guy,' and he knew the same thing. It's just this feeling that, it doesn't get any better. I just can't explain it."

Ashley also revealed the moment she realised he was the one, when the 'Guilty Pleasure' hit maker was grieving for her grandfather, her beau helped with the healing process by collaborating on the emotional track.

"I was inspired to kind of just start writing to help me heal," she said. "Chris sat down and produced, and we wrote this song together."

No date has been set for the big day but the actress revealed it will be a "small" affair and "as private as we can get it."

Listen to 'You're Always Here' Below