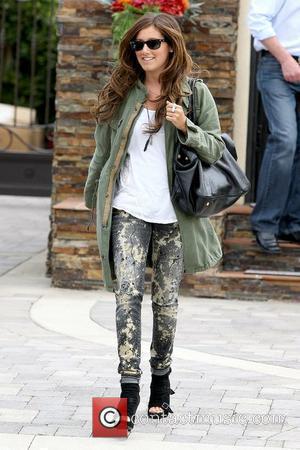 Picture: Ashley Tisdale leaving her house on her way to the airport Los Angeles, California - 14.04.09

Singer/actress Ashley Tisdale has laughed off rumours she's embarked on a new romance just days after splitting from boy band star JARED MURILLO, insisting she's still "single".
The High School Musical star, 20, ended her year-long relationship with V Factory's Murillo in early April (09), but sparked rumours she had already moved on after she was snapped stepping out with music video director Scott Speer.
But Tisdale has dismissed the claims and is adamant there is nothing romantic about her friendship with Speer, who she worked with for her new single It's All right, It's OK.
She tells E! News, "He's a really hot, good friend of mine. I'm not in a relationship. I'm single.
"We have a really good, creative relationship."